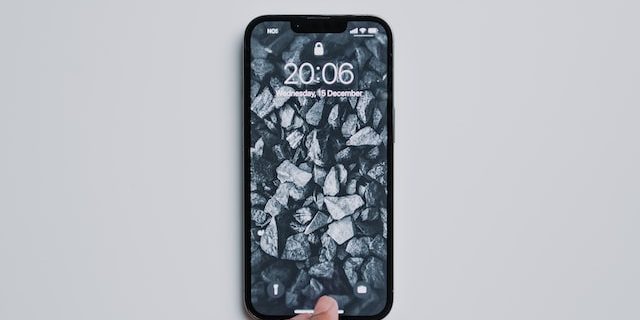 The Apple iPhone 13 Pro isn’t the latest iteration of the company’s iconic smartphone, but it has aged very well since its release in 2021. As usual, the latest iPhone 14 is more expensive than its predecessors and does have some new features but is the iPhone 13 Pro still a good buy?

Apple’s smartphones have reached such an advanced level of integration between hardware and software that most of those new features found in the new iPhone 14 will eventually end up running smoothly on the iPhone 13 Pro. With so many options out there for smartphones, it can be difficult to make up your mind about which one suits your needs best. This is why we’ve put together this article about the Apple iPhone 13 Pro Review – its features, specs, price point, and whether or not it’s worth buying even though the iPhone 14 Pro has already been released. if you’re considering buying one. Keep reading to learn more!

The first aspect worth exploring is the design and build quality of the Apple iPhone 13 Pro. The device features an almost identical design to both the older iPhone 12 and the newer iPhone 14. with that, a new color scheme as well; it is available in black, white, purple, green, blue, and red – so, if you are a fan of classic black, you’re in luck. The rear and front of the phone are made of glass with a surgical-grade stainless steel frame in colors that match the back glass, which means that it is prone to scratches. The glass quality doesn’t feel cheap, though, and the phone still feels sturdy. The ends that meet the display and the SIM and microSD card tray can be found on the left side, while the volume rocker and power button are found on the right side. All in all, the design of the phone is sleek. It is easy to hold, and the glass on the back looks nice. The large camera module with three lenses on the back is the only thing that breaks up the look of the phone.

The display is one of the most important aspects of any device, computer, or smartphone. The Apple iPhone 13 Pro features a 6.1-inch Super Retina XDR display using ProMotion technology with adaptive refresh rates up to 120Hz. If you have ever used or seen an Android device running at 120Hz you know that makes a difference when gaming or just viewing any content on the screen. This isn’t the biggest screen device, so it would make sense that the display has a large resolution at 2532-by-1170 pixels at 460 ppi. It is still great for multitasking or watching videos. It is not the brightest display, but it gets the job done very well. The display is a great choice for outdoor use with 1000 nits max brightness (typical); 1200 nits max brightness (HDR). Fortunately, the brightness is adjustable, making it usable indoors and out.

The Apple iPhone 13 Pro is a top-tier smartphone, so it is not surprising that it comes with top-notch specs. It is powered by the Apple A15 Bionic chipset, which is one of the most modern and capable chipsets of the company’s silicon. This makes the iPhone 13 Pro a capable and speedy machine. The phone is available in 128GB, 256GB, 512GB, and 1TB storage variants, so if you are someone who likes to store videos or take lots of photos, or stream a lot of content on your device, you have the option of getting a top-tier storage variant. The phone comes with 4GB of RAM, which is plenty for most tasks when you pair it to Apple in house operating system, iOS 16. The whole system is powered by a 38 Wh battery. While this does appear to be a tad smaller than the batteries of other flagships, it is sufficient for a day’s worth of use.

The battery life of this phone is satisfactory, but it is not spectacular. While the battery is sufficient for a day’s worth of use, you may have to charge it before you go to bed if you use the phone intensely. The phone supports fast charging, which is always a plus. MagSafe wireless charging up to 15W, Qi wireless charging up to 7.5W, and is said to Fast-charge capable 50% in around 30 minutes with the 20W adapter available separately that, of course, with Apple, does not come in the box. Keep in mind that quick charging is only possible using a wall outlet.

The Apple iPhone 13 Pro runs on the latest version of the company’s in-house operating system, iOS 16. This is a new software release, so it comes with all the perks of a fresh operating system: no bugs or glitches, a streamlined interface, and a few new features. One of the biggest additions was the Reimagined Lock Screen which makes the iPhone your own with all-new ways to personalize your Lock Screen by showing your favorite photos, customizing font styles, and displaying widgets to get information at a glance. The updated operating system also comes with improved privacy settings, more control over apps that can access personal data, and more. The phone also supports most third-party apps and services, so you can use all your favorite apps without any issues.

Features you are missing out on:

iPhone 13 Pro vs iPhone 14 Pro differences in a nutshell:

One of the biggest advantages of owning an Apple device is that it receives regular software updates. The company has a stellar track record when it comes to updating its devices. While you can expect all new iPhones to get updates for at least two years, older devices also receive them. This means that even the iPhone X, which was released in 2017, can be expected to receive software updates until 2021. All in all, it is safe to say that the iPhone 13 Pro is one of the most well-rounded smartphones in the market right now, even if it is last year’s model. It has a modern design, a powerful processor, and a capable camera. The device is also easy to use and integrates seamlessly with Apple’s massive ecosystem of products. All things considered, the iPhone 13 Pro is a great choice for anyone who appreciates high-quality devices and doesn’t mind paying for them. If you are someone who likes to have a device that is both stylish and functional, the latest iPhone is worth looking into. With a big screen, a powerful processor, and a capable camera, this device has everything you need in a modern smartphone. If you are interested in buying one, you can expect it to cost somewhere around $400 for the base model, but keep in mind that this is a flagship device, and it does come with a premium price tag. Is it worth it? We think so when we pit it next to the interactive iPhone 14 Pro!

Why The Samsung Galaxy Z Fold 4 is the Phone of Your Dreams
November 18, 2022