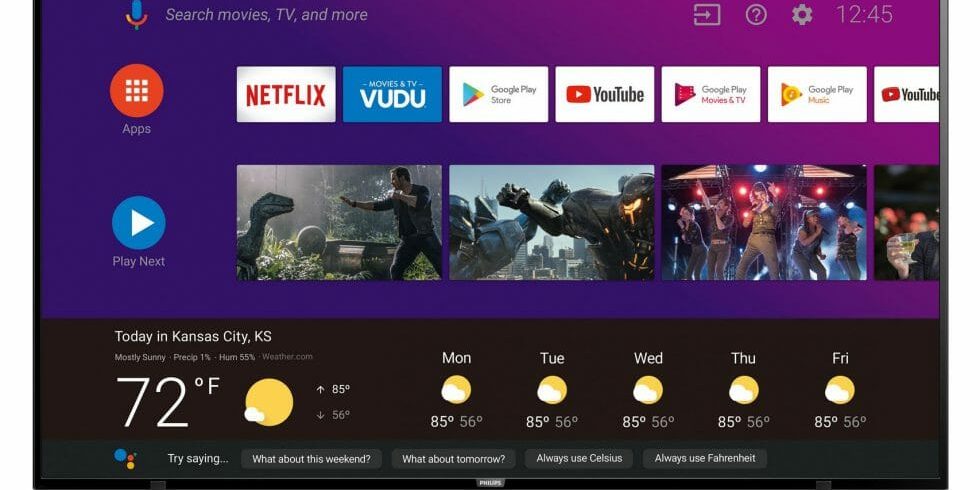 CES is coming in a couple of days and Philips may have some new 4K TVs. What’s different about these TVs? Chromecast will be built-in and they are coming to the US.

The two TVs they announced will actually be built on Android TV software with the Chromecast portion built-in. This is similar to many of the Fire TVs that we were seeing on sale through the Holidays. Philips officially announced them as the Philips 4K UHD Android TV: 5704 and 5904. For both series, the screen sizes will start at 43 and go up to 75 inches.

Both will have access to all the apps, games, and media streaming services found on Google Play. They will run Android 8.0 Oreo and of course have Google Assistant and Chromecast support without the need for anything to be connected externally.

Funai, Philips US marketer, will have these TVs on display at CES next week. So there will be more to follow…