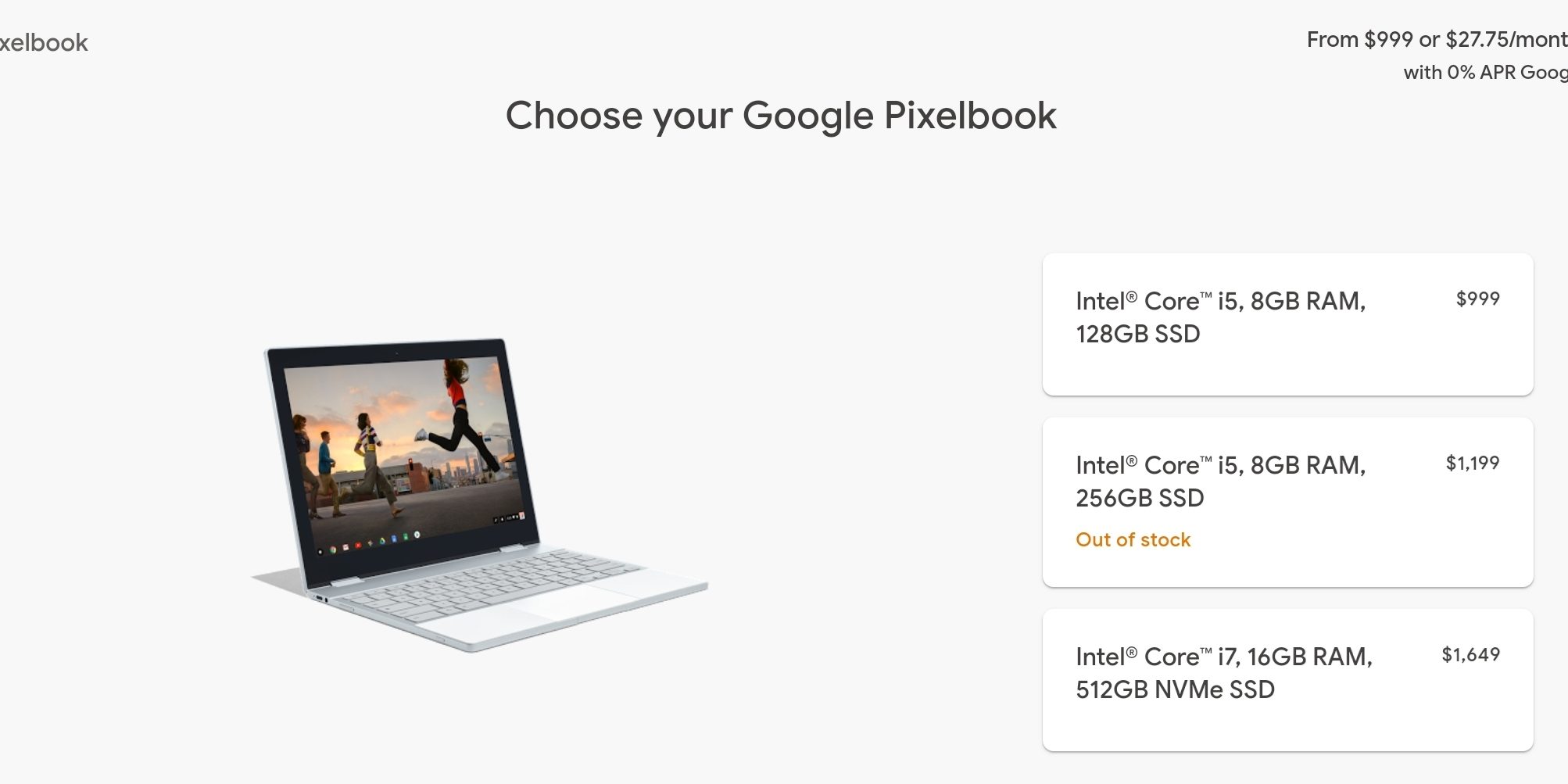 The Pixelbook was announced back in October of 2017. It was a take on Google’s idea of what a chrome os laptop should be. It stood as the pinnacle of Chromebooks for years until the Pixel Slate and its true successor the Pixelbook Go outclassed it with hardware. Now, roughly three years after it was first announced, the mid-tier configuration of the Pixelbook is out of stock at the Google Store. This seems like a tail of things to come. It’s been around for quite a while and Google’s products don’t normally stay around much longer after some of them stay out of stock.

To recap: The Pixelbook is a 2-in-1 that can lay flat and be used as a tablet. It’s running a 7th Gen Intel Core i5 with 8 of RAM and 128GB of storage. The i7 configuration doubles the RAM and adds 512GB of NVMe storage. The price range was from $999 for the lowest configuration and up to $1649 for the top-tiered specs. Great build quality with a dated design that shows with the large bezels on all sides of the display.

If you are dead set on that version you will definitely be able to find one at another retailer but prices may vary. If you want a quick side by side comparison of its successor, take a look at the picture above.