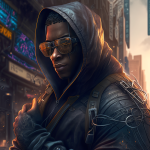 Samsung Galaxy Chromebook raises the bar in all areas but one.

There is really nothing like the Samsung Galaxy Chromebook. It raises the bar in design and the included internally stored S-Pen is the icing on the cake. In the 2-1 category, there isn’t any computer that is this thin and light with this much performance. Throw in the 4K AMOLED screen and you have 2020 best in class computing powerhouse.

The first thing you notice about the Galaxy Chromebook is that it’s incredibly thin and light. Weighing just 2.2 lb(.997 g) and .39 inch (9.9 mm) thin. This should be a very portable laptop

When looking at the hardware and the design quality, Samsung was able to beat Google’s new Pixelbook Go. In many areas it does, but battery life and a $1000 price point keep it from flawlessly stealing that crown.

Samsung was one of the first manufacturers to jump in with Google and start making Chromebooks. They are one of the few that have continually been able to bring something new to the generic low spec’d laptop field. The Galaxy Chromebook is no different. Samsung clearly wanted to make a statement that Chromebooks are maturing to be professional powerhouses.

The Galaxy Chromebook has a clean and professional design that radiates from front to back. If you need a little more color, it also comes in Fiesta Red, which will be sure to catch an eye or two. My Mercury Gray unit has a similar color to most of Samsung’s other aluminum Chromebooks. Coming in at less than .4 inches in thickness, it’s almost impossible to find another laptop that presents such an elegant stature.

The 360-degree flexible hinges work well but could be a little stiffer to cut down on some of the screen wobbles when typing. The volume rockers are on the left side with a power button on the right next to the charging light. Right behind that is the S-Pen. I applaud Samsung for making space. Too many manufacturers, including Google, completely overlook how helpful this is. (If you have lost a digital pen you understand why I’m saying this.)

The keyboard is well-spaced and backlit. Typing was fluent except for the spacebar. My thumb had to hit it center mass to get it to register on multiple occasions. Hitting it with a little more force quickly puts it back into action. I don’t know if this is a design flaw or if it’s specific to the one I purchased. The touchpad is about half the width of the keyboard and is be very accurate and responsive. It is distanced away from the keyboard so that you don’t have the occasional tap from trying to hit the spacebar.

Staying true to most premium laptops, in the upper right corner, there is a large fingerprint sensor. The only other Chromebook I’ve used with this type of security measure is the Pixel Slate. Comparing the two Samsung wins hands down with its speed and ease of use. On the opposite side sitting above the keyboard is the secondary camera. We will talk more about that later.

For a 2-in-1 laptop, the Galaxy Chromebook uses two hinges to change from tablet to laptop. The hinges are solid but not strong enough to prevent the screen from swaying slightly when moved. Picking it up while in laptop mode the screen moves out of position no matter how careful you are. This is one of the only drawbacks to the laptop being extremely thin. The screen practically weighs nothing.

There is only one hardware configuration of the Samsung Galaxy Chromebook. It consists of a 13.3inch, 4K AMOLED display, Intel® Core™ i5-10210U, and 8GB of RAM with 256GB SSD. The only actual option you can choose from is two different colors of Fiesta Red and Mercury Grey. Fiesta Red was not in stock when I purchased mine but the demo model I used was stunning.

The display of the Samsung Galaxy Chromebook is one of its most impressive features. Having a 13.3inch 4K (3840 x 2160) with an OLED panel, everything looks vivid and crisp on this device. One almost gets involved in the screen during general productivity and watching videos. Binging Netflix is definitely an experience on this device. The display also has quite high brightness to stay visible on sunny days. Think of Galaxy Note 20 Ultra AMOLED screen stretched to a 13inch display.

There are enough ports to get the job done. On both sides, you have one USB 3.1 Type-C Port. The right consists of MicroSD Card and the S-Pen Stylus. Moving over to the left there is only the volume rocker and a headphone jack. Everyone wants more ports but to remain this thin I think Samsung made a good compromise.

There are NO speaker grills on this device. But yes, it has internal speakers built under the metallic covering. The whole body serves the purpose of throwing out the sound. Is it good? Yes, it is above average, not as good as you get on a MacBook Pro, but still better than most of the competition. Not really a deal-breaker.

There is a 720p, 1MP webcam coupled with a keyboard camera of 8MP. Quality is decent. No High-resolution videos or web calls but it gets the job done. The secondary camera on the keyboard shows that Samsung was thinking outside the box. Folding the Samsung Galaxy Chromebook into tent mode and you can use the display as a large viewfinder.

Let’s be fair, this is a Chromebook that is aimed at portability and versatility in usage, but this laptop has one very major area where Samsung could have done better, battery life. This device has just over 4 hours and 20 minutes of battery with normal use. This is a huge compromise for any Chromebook. This might be acceptable if it were priced at $500, but this machine costs $799( $999 at the time of release). This is a lot of money, for anyone to spend on a Chromebook.

If you are looking for portability this may not be the Chromebook for you. The 4K panel, although good, could have been dropped to 2K or even 1080p with an OLED panel. This could have increased the battery life drastically.

This Chromebook comes with a stylus that is small but well built and has a proper place on the side. No magnets or extra case for the stylus, it sits right inside the Chromebook chassis. This should be how all Chromebooks handle styluses. If Samsung can one into a 9.9mm frame then so can every other manufacturer.

This Chromebook comes with an Intel 10th gen i5 10210U, 8GB DDR3 RAM, and 256 SSD storage space. This laptop has DDR3 instead of DDR4, but it is not a big problem since it is a Chromebook, and users will hardly notice any difference.

This laptop has very good performance given its CPU which has been used on many Windows laptops. In general, multitasking using Chrome with apps running in the background didn’t slow it down at all. With 20 Chrome tabs, seven android apps like Gmail, Facebook, Spotify, and Twitter, everything still ran smoothly.

Still, the Galaxy Chromebook did get warm during CPU intensive workloads. Like most Chromebook there isn’t a cooling fan. The whole system depends on the passive cooling system. Setting it down on anything but a flat surface blocks the vents underneath and it heats up quick.

Samsungs Galaxy Chromebook may be one of the best Chromebooks for gaming. Stadia runs smooth and looks fantastic on its 4K AMOLED display. There are still problems with the Android on Chromebooks and the Galaxy Chromebook is no different. The whole integration process of Chrome OS and Android, even after 3 years, is still a work in progress. Call of Duty Mobile was not able to run properly and had pixelation issues and stuttered quite a bit. Most of the other games I’ve tested worked flawlessly. So yes, gaming on a Chromebook book is now a thing.

Update: the Galaxy Chromebook 2 improves on many of the issues this first generation had.

This Chromebook is still not for everyone and with a price tag of $799, this makes consumers rethink their decision to buy a Chromebook. Do these Chromebooks really reach the point where they can charge a premium? It is still unclear, but Samsung has done an exceptional job of packing in premium features. The display is the best I’ve seen on any Chromebook or any other laptop. Battery life on the other hand is far below the average Chromebook.

Google and Samsung still have to work on Chromebooks that are not just good-looking but really serve the purpose of the Chromebook and what consumers expect from a Chromebook. At this price point, they are entering into a playground that is filled with numerous options from both Apple, Microsoft, and many other companies. Samsung advertised the Samsung Galaxy Chromebook as a productivity powerhouse and it is. You just may need to keep a charger with you.

What to do with your old computer? ChromeOS Flex!

Portable Monitor with Keyboard Review: The One DeX Accessory You Need

Apple iPhone 13 Pro Review – Is it still worth it?

What is USB Type-C