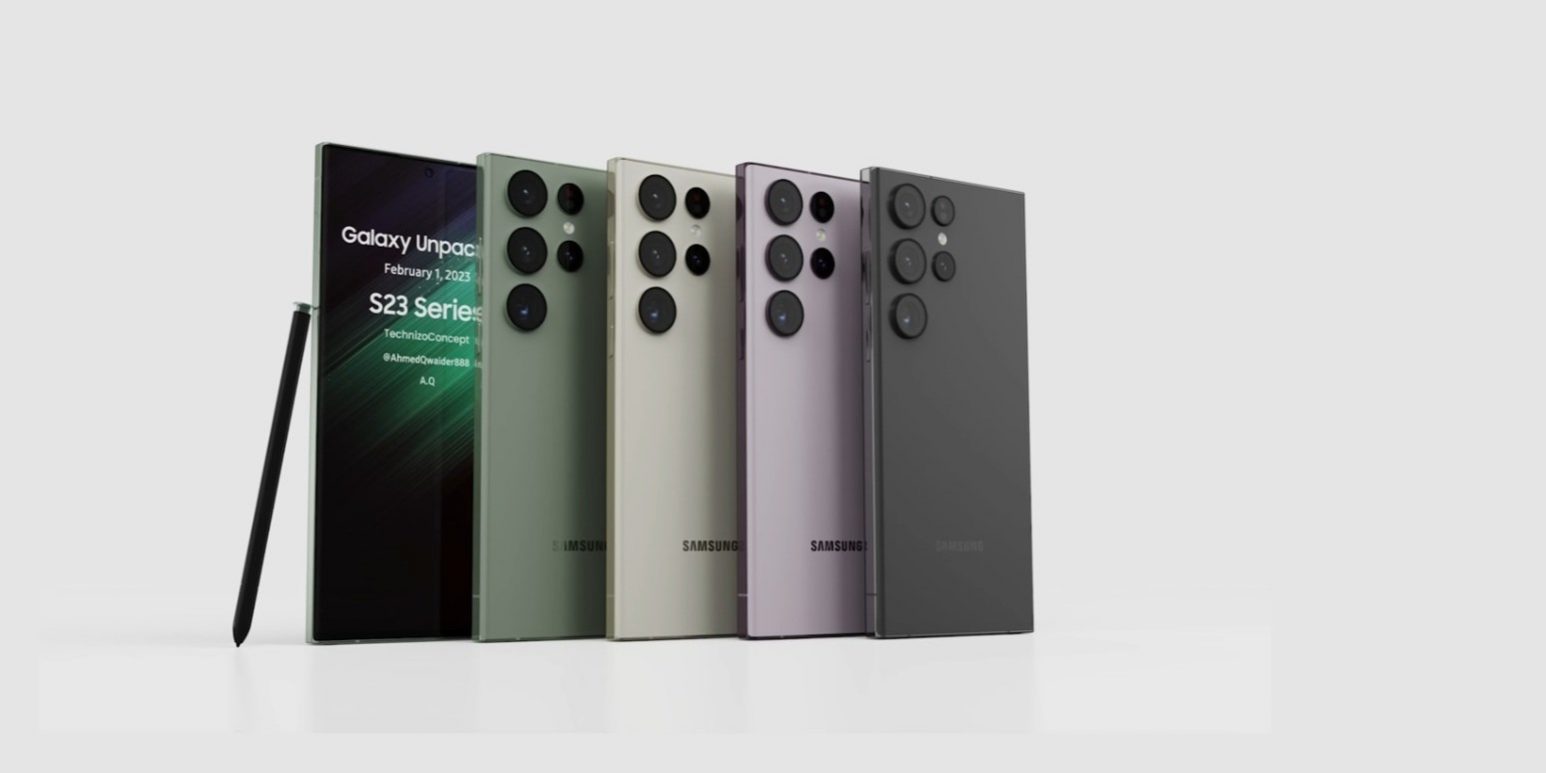 Samsung is set to launch its next batch of Galaxy S23 phones on February 1, 2023, according to an accidental leak from the company’s Columbian website. The range is expected to include the Samsung Galaxy S23, Galaxy S23 Plus, and Galaxy S23 Ultra.

Rumors suggest that the phones could be more expensive this year, with the Galaxy S23 set to start at $899.

In terms of design, the Galaxy S23 lineup looks likely to largely keep the Galaxy S22’s look, although the leaker Ahmed Qwaider has tipped that the colors will be Phantom Black, Green, Lavender and Cream. Leaked Galaxy S23 Ultra renders also show off a possible design for the upcoming flagship. Other rumors have suggested that the S23 could get a new Qualcomm 3D Sonic Max fingerprint reader, and a 2,000-nit OLED display, although it’s unclear if this panel is destined for any Galaxy S23 phone.

In terms of specs, the Galaxy S23 series is expected to feature a new Qualcomm Snapdragon 8 Gen 2 chipset, a 200MP main camera sensor, and 12GB of RAM. Storage configurations are expected to include 128GB, 256GB, and 512GB for the Galaxy S23 and S23 Plus, and 256GB, 512GB, and 1TB for the Galaxy S23 Ultra. Battery sizes are expected to vary from 3,900mAh on the S23 to 5,000mAh on the S23 Ultra, and all three phones will reportedly support 15W wireless and 45W wireless fast charging. Other features could include an improved Night Mode, an 8K video recording mode, and a new Ultra Stabilization mode.

Keep an eye out for more updates as the launch date for the Galaxy S23 series approaches.