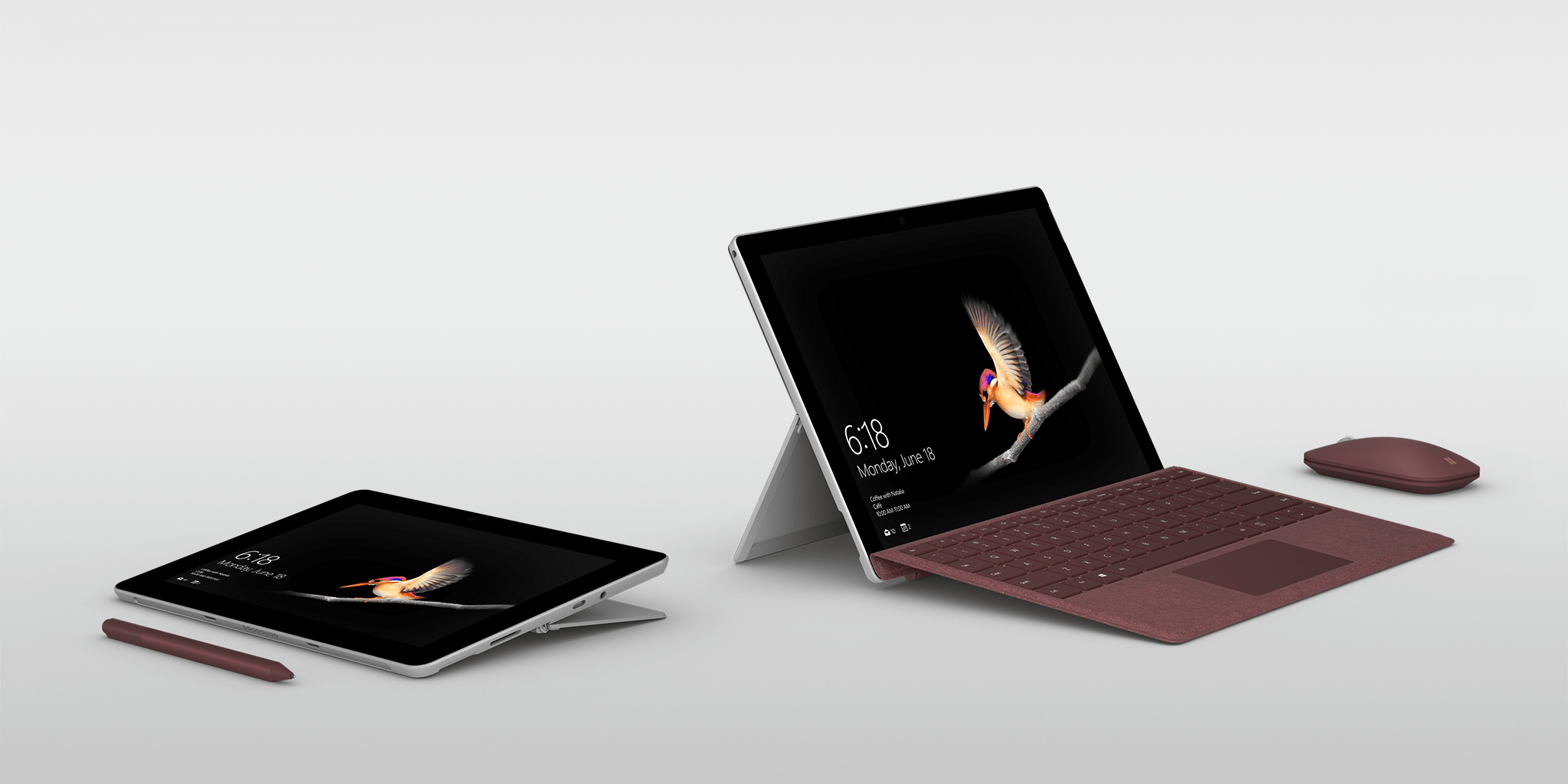 Microsoft announced a new Surface tablet computer called the Surface Go. Though this is a direct successor of the Surface 3, Microsoft decided to go with a name that emphasized portability. The tablet is smaller, lighter and much cheaper than its bigger and more powerful sibling. In the past, all of Microsoft’s smaller Surfaces have been to low spec and under powered to work as a laptop replacement and were considered more for media consumption.

What they mean by “GO”

From the original video and the ones they recently released on Youtube the “GO” means travel. In the videos the Surface GO is handed back and forth between users who are doing one task and moving on. I gathered that this tablet is meant to do smaller tasks while traveling and can not replace your laptop but would help you be somewhat productive while going from place to place.

Microsoft is coming back to the cheaper tablet arena with the release of the Surface Go. Its much smaller, cheaper and a lot less horsepower than any of its bigger siblings. The price starts at $399 with Window 10 S and features a 10in screen. It is available for preorder starting now and will ship in August.

For features it has the same 3:2 aspect ratio with a 1800×1200 Pixel Sense display. The built-in kickstand with unlimited positions, a front camera with facial recognition, and the Surface Connector port. This time around they finally added the USB-C 3.1 port that has become the standard for tablets this size.

The Surface Go does not come with the keyboard cover or Surface Pen. Microsoft, for some reason, has gone away from including these accessories that come standard with most tablets out on the market. The Pen and Signature Type Cover will set you back $99 and $129 each unless you choose a color other than black for the Type Cover which runs $99 as well. Microsoft says the trackpad is actually much larger than the current one for the Surface pro.

Sadly the Go is launching with Intel’s Pentium Gold 4415Y processor with either 4 or 8GB of RAM and 64GB of eMMC or 128GB SSD storage. This is a fanless seventh generation Intel model. Microsoft is claiming the Surface Go can run up to 9 hours on a full charge. This is not a powerhouse performer when it comes to processing power. You would likely find this in lower range computers or running in something similar to a Chromebook.

The Go will be released running Windows 10 with S mode enabled. Having access to only these apps should help with performance but will limit the tablets productivity.The Surface Go is priced to compete with Apple’s latest round of iPads and are priced in that range. The Surface go will be $399 for the base model with 4GB RAM/ 64GB eMMC Storage and $549 for the 8GB/ 128 SSD model. There will be an LTE model released later. This is a similar release strategy they used with the latest Surface Pro.

It looks like Microsoft is targeting the consumers who need a computer for on the go but don’t think the iPad Pro or the larger Surface Pro will fill void. The Surface Go is a great successor to the Surface 3 and anyone looking to upgrade should definitely consider this tablet.

The Surface Go is a windows computers that will directly compete with chromebooks in price and portability. Can it fill the gap that has windows users switching to chromebooks.