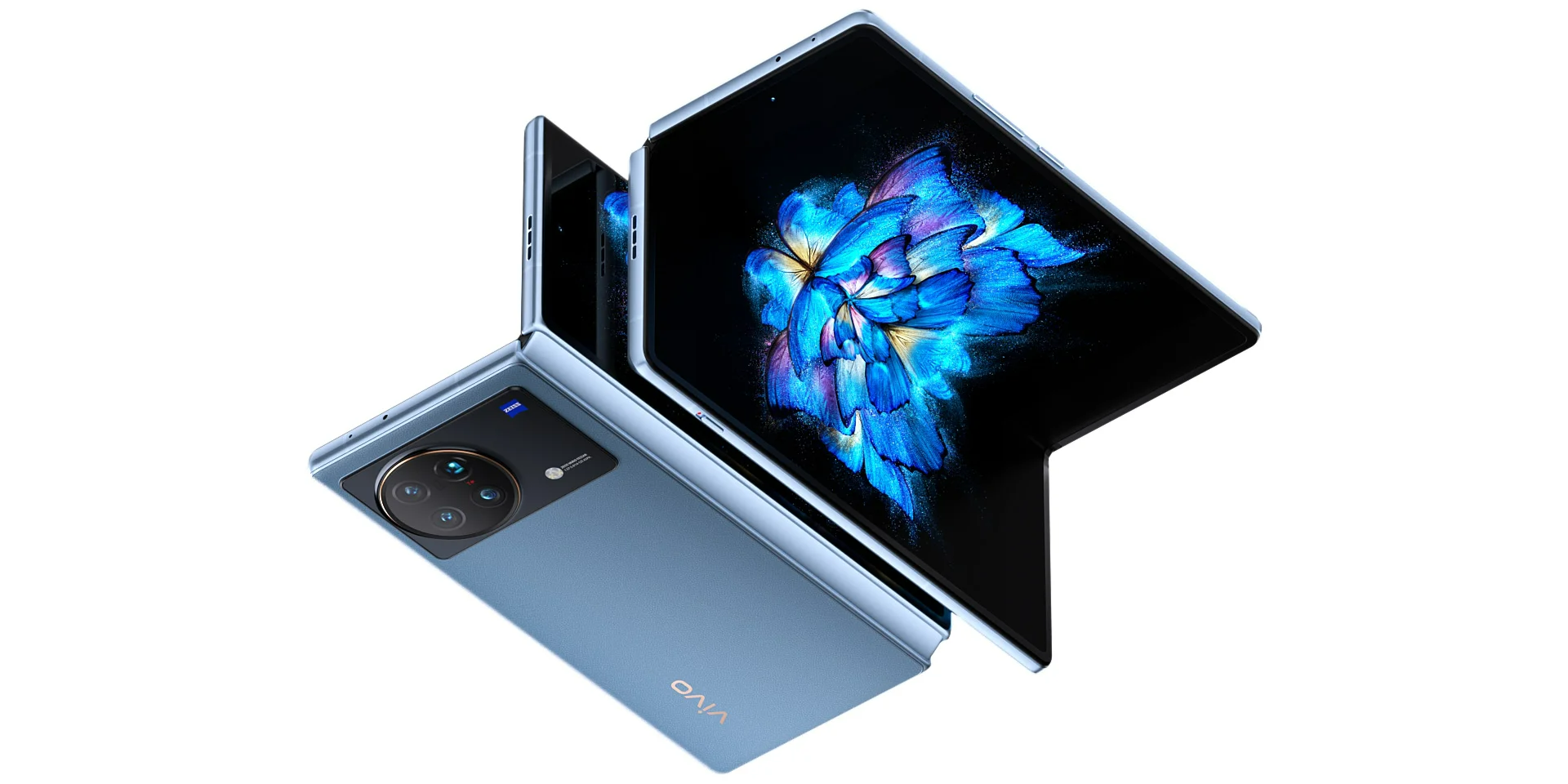 A foldable phone is a type of mobile device that combines a smartphone’s portability with a tablet’s convenience. Folding displays allow users to easily switch between a pocket-sized phone to a larger tablet format. With multiple touchscreen panels on a hinge, these folding phones offer the latest in cutting-edge technology, providing an immersive and user-friendly experience. Whether working, gaming, or streaming, a foldable phone is the perfect way to take your digital life with you wherever you go.

Foldable phones have been a concept for more than a decade, but new technology has finally made it possible for the idea to come to life. The first foldable to be released in limited markets was the Royale FlexPai in 2018. Samsung Galaxy Fold series, which represents the classic application of foldable display technology, was announced a year later. Early models of foldable phones had their problems. Still, Samsung has improved its technology over time, introducing its first foldable phone globally to the market at the end of 2019. Samsung now dedicates one of its two major annual phone events entirely to folding phones, and this year’s Galaxy Z Flip 4 stole the show. Other foldable phone manufacturers include Huawei and Royole, with more expected to join the foldable market soon.

Design and Durability of Foldable Phones

Foldable phones are designed to provide users with the best of both worlds: a mobile device that is both compact and powerful. The best foldables are made from high-quality materials and feature reinforced hinges that can withstand repeated folding and unfolding. Samsung has made many improvements to the durability of its phones, using an Armor Aluminum frame that is stronger than the metal used in previous-generation foldable devices. This frame is reinforced with ultra-thin glass on the main folding screen, making it less prone to scratches and more shatter-resistant than a regular phone. Additionally, Samsung has incorporated the S Pen into its latest models, allowing for precise control and more accurate writing.

Features and Specifications of Foldable Phones

Foldable phones offer an innovative design and unique features. The latest models from Samsung, such as the Galaxy Z Fold 4 and Galaxy Z Flip 4, feature a Snapdragon 8+ Gen 1 processor and up to 512GB of internal storage. On the other hand, the Vivo X Fold features a smartphone screen on the outside and a larger phablet-sized screen when opened up. We will focus on Samsung phones since other foldables are not readily available outside of China. Both phones have two displays: a cover display and an inner, much larger, foldable display. Additionally, both phones are 5G compatible, allowing faster download speeds and more reliable connections. Apart from the processor, storage, and display size, other notable features of foldable phones include the following:

Foldable devices are becoming increasingly popular with mobile phone users, and it is easy to see why. The central selling point of phones is the convenience of a smaller phone without compromising the screen size. The Galaxy Z Fold 4 is the best foldable phone yet, and its large 7.6-inch display and unique folding design offer an immersive experience. However, there are still quite a few drawbacks associated with these devices.

One of the most important and apparent advantages of a folding phone is a bigger screen that can be used for multitasking or watching videos more comfortably. However, foldables still need to be more robust and dust-resistant. Most foldable phones can resist water submersion within 1.5 meters for 30 minutes, but they are far from waterproof or dustproof. Particles may get in and cause damage, so keeping them well-protected when not in use is vital.

Additionally, foldable smartphones can be expensive depending on the model and brand. For example, the Galaxy Z Flip retailed for around $1,400, making it one of the most expensive smartphones released. Similarly, the Motorola Razr 5G offers a similar folding design for around $1,500. The most recent additions to these phones offer heavy discounts from their manufacturers.

Overall, foldable phones offer an innovative design that can bring convenience to your life but also have some serious downsides. When weighing the pros and cons, it is important to keep those in mind.
If you’re considering purchasing a phone with a foldable display, you may wonder how much you should expect to pay for one. The current range of foldable phones on the market starts at around $100 for a basic model with huge discounts from cell carriers and can go up to $1,799 for the Samsung Galaxy Z Fold 4. Although these phones make them more expensive than other flagships, they come packed with all the bells and whistles. Samsung’s two foldable models have also been discounted, with the 128GB configuration available for just $999.99 at launch. It is worth considering price points when purchasing a foldable phone, as it can make a big difference in features. It would be best if you also compared prices across different brands and carriers in order to find the right fit for your needs.

On the other hand, Apple’s iPhones had abysmal battery life for years, and this might only sometimes be the case with such large displays. Some users have reported that their phones have a shorter battery life than expected, leading to frustration and a need for frequent charging. Therefore, it is important to consider battery life when deciding on wich one to buy.

M foldables are equipped with the latest in display technology, allowing for a vivid and immersive experience. The OLED displays for foldable phones are impressive, providing near-perfect color accuracy and a decent brightness level. This level of display quality is essential for enjoying movies, gaming, and other multimedia activities. Manufacturers also include features such as HDR support, fast refresh rates, and high resolution, ensuring a smooth and enjoyable viewing experience. In addition to this, many of these phones are also equipped with a secondary display on the outside of the device, allowing for easier access to notifications and other information without having to open the device. This external display is usually smaller and has a lower resolution than the main display. However, it still provides an easy way to stay up-to-date on notifications while consuming less power.

Software compatibility is a crucial concern when it comes to foldable phones. Different foldable devices come with different software versions and different compatibility settings. For example, the Samsung Galaxy Fold 4 requires the last Android operating system, while the Oppo and Vivo foldable phones have their own specific software versions. Likewise, the S Pen feature needs the phone to run a particular software version to work with the device. Furthermore, there could be compatibility issues between the foldable devices and the Galaxy S21 series, Galaxy Z Fold 3, or the Samsung Galaxy Z Flip 3. Therefore, developers must ensure that their apps can run on all platforms and are compatible with all devices.

Impact on the Mobile Phone Industry

Foldable phones have had a significant impact on the mobile phone industry. According to IDC, foldable phone shipments worldwide have increased by more than 60% in the last year. This is because folding phones offer a unique combination of convenience and functionality that other types of smartphones cannot provide. With their larger displays, improved durability, and enhanced features, foldable phones are quickly becoming the go-to choice for many consumers.

In addition to their popularity with consumers, foldable phones have also positively impacted the business world. The large displays and advanced features of foldable phones make them an excellent choice for professionals who need to stay connected and productive on the go. The increased portability of foldable phones has also made them popular among sales teams, who often need to make presentations or take notes while away from the office.

Overall, the success of foldable phones has been a major boost for the mobile phone industry. These devices have opened up a new market for manufacturers, allowing them to tap into an entirely new customer base. With their unique combination of convenience and functionality, foldable phones have become essential to many people’s lives. They will continue to have a significant impact on the mobile phone industry for years to come.

Foldable phones are becoming increasingly popular in different markets around the world. According to recent data, the global market for foldable devices is expected to reach US $57.38 billion by 2029, with a CAGR of 21.3% during that time. Samsung currently dominates the market with its Galaxy Z Fold and Flip series. Still, other companies such as Oppo, Xiaomi, Huawei, and Motorola are also entering the foldable phone space. In 2021, foldable phones accounted for 8.9% of global smartphone sales, which is expected to continue to increase in the coming years. Interestingly, the demand for foldables has exponentially increased over the years. It is clear that foldable phones have considerably impacted the mobile industry, and they will continue to be popular worldwide.

Foldable phones are gaining traction in the mobile phone industry, and their popularity is expected to grow further in the coming years. According to market research firm IDC, foldable phones are expected to account for 1.8% of the overall smartphone market by 2025, a jump from 0.5% in 2021. In India, the foldable smartphone market is still niche but growing steadily, with more and more manufacturers launching new models. Investment from companies like Samsung and LG has also surged, leading to an increase in the price range of foldable phones. This can be attributed to the switch to remote work and BYOD trends that have boosted sales of foldable phones.

Furthermore, smartphone companies are exploring various form factors such as swiveling design and rollable displays. Enterprise customer demand for Samsung foldable phones more than doubled during the first ten months of 2022, demonstrating the potential of this technology. With more manufacturers entering the foldable phone market and technological advancements, the demand for these devices is expected to rise.

Common issues include display creases, lack of dust resistance, screens that look or feel cheap, spec compromises, app support, availability, and pricing. Users also report that their intricate construction makes foldable phones difficult and expensive to fix. Furthermore, the battery life of foldable phones tends to be shorter than traditional devices due to their large displays and frequent use. Finally, software compatibility can be a concern for some users, as not all apps and services may work correctly on foldable phones.

The foldable phone market has seen a remarkable surge in demand since the launch of the Royole Flexpai in 2018. The market is expected to grow significantly in the coming years. With its design, durability, features, and specifications, foldable phones are a great way to combine a smartphone’s convenience with a tablet’s capabilities. Foldable phones also have their drawbacks, such as price, battery life, display quality, software compatibility issues, and repairability. However, despite these shortcomings, foldable phones remain a popular choice for many people due to their unique design and capabilities. As technology improves and prices decrease, foldable phones will become even more popular in the coming years.