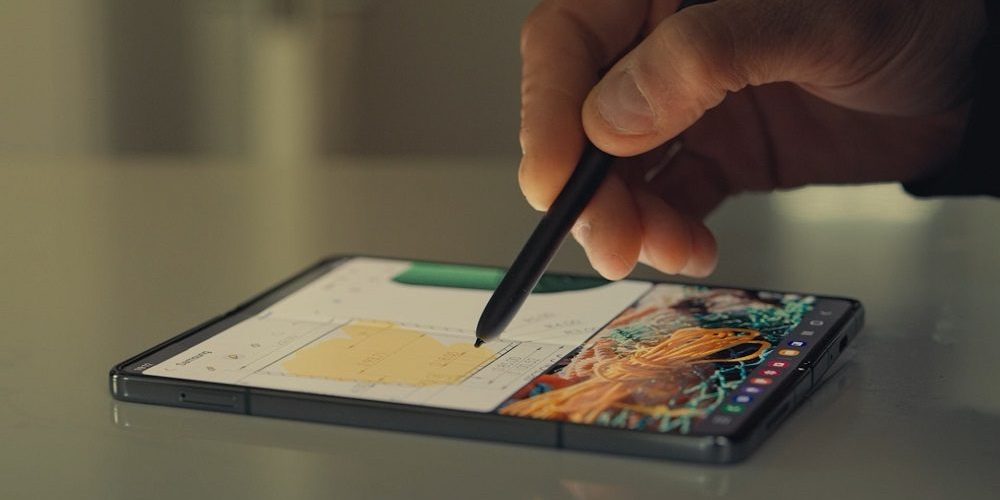 There’s no denying that the Samsung Galaxy Z series of folding phones has captured global attention. The device is an innovation and technological marvel, but its $1,799 price tag is holding a lot of people back. With the world waiting to see what comes next from the South Korean electronics giant, it’s time for us to ask why you need the Galaxy Z Fold 4 in your life. It’s taken Samsung three iterations to come up with a solid foldable lineup. Here we are in the fourth generation, and I must say it keeps getting better. But there may be even more reasons why you shouldn’t wait for the next iteration and purchase one right now! You see, we know very little about these upcoming devices — and almost nothing about their prices or release dates. What we do know is that Samsung has outdone itself this year, creating a world-class mobile phone. Read on to find out why you want the Galaxy Fold Z 4 in your life!

Best of both worlds

Smartphones have been growing rapidly in size over the past decade, but most people can still hold them comfortably one-handed. If you look ahead to 2023, however, 6.5-inch is going to be the new normal. Over the last few years, there has been a noticeable growth in the number of large-screened smartphones. With the Galaxy Z Fold 4, you have the perfect combination of portability and productivity. You can comfortably carry the device in your pocket, and you can also open it up to a beautiful 7.6-inch screen that’s big enough for you to enjoy watching movies or gaming on the go.

Foldable Screens are Here to Stay

There will always be a lot of hype surrounding new products, especially when they’re as groundbreaking as the Samsung Galaxy Z Fold. In the case of the Fold, it was unclear whether this was just a one-off deal or whether we would see more devices with a flexible display in the future. Now, though, it seems clear that foldable screens are here to stay. The South Korean company pivoted to merging their top-tier flagship Galaxy Note line of phones into the S Ultra series. This opened up more of the market to the Galaxy Z Fold 4 and Z Flip 4. It’s clear that they’re committing a lot of resources and time to this technology because now you can even use an S Pen on the Galaxy Z Fold 4 internal folding display. There’s another reason why you should get excited about the Galaxy Z Fold 4.

There’s nothing more frustrating than buying a smartphone and being left behind as the rest of the world gets new features, new designs, and new devices. Unfortunately, it’s a problem that many smartphone owners face, but there’s some good news on the horizon. When Samsung acquired the technology behind the Fold, it was assumed that they would keep it all to themselves. However, it seems that, instead, they decided to share their findings with the rest of the tech world. This means that, unlike the Galaxy Fold, the Galaxy Z Fold 4 will feature a more traditional design with a solid display. As such, it seems likely that owners of this device will get the latest software updates first, as Samsung looks to eliminate potential issues before releasing a device to the broader public.

Bixby Finally Has Its Day

Bixby is one of the most disappointing features of the Samsung Ecosystem. It has been plagued with issues, and the company has even gone as far as to issue a public apology. It’s no secret that Samsung rushed Bixby out the door, and this has caused a lot of headaches for owners of the devices over the years. However, with the release of the Galaxy Z Fold 4, we can see Bixby has had a massive improvement. Samsung seems to have taken the time to iron out all the issues with their voice assistant, along with making it a lot more useful. As such, Bixby has a wider range of features, making it a much more helpful tool in your day-to-day life.

Portable Monitor with Keyboard Review: The One DeX Accessory You Need
January 29, 2021
Go to Top